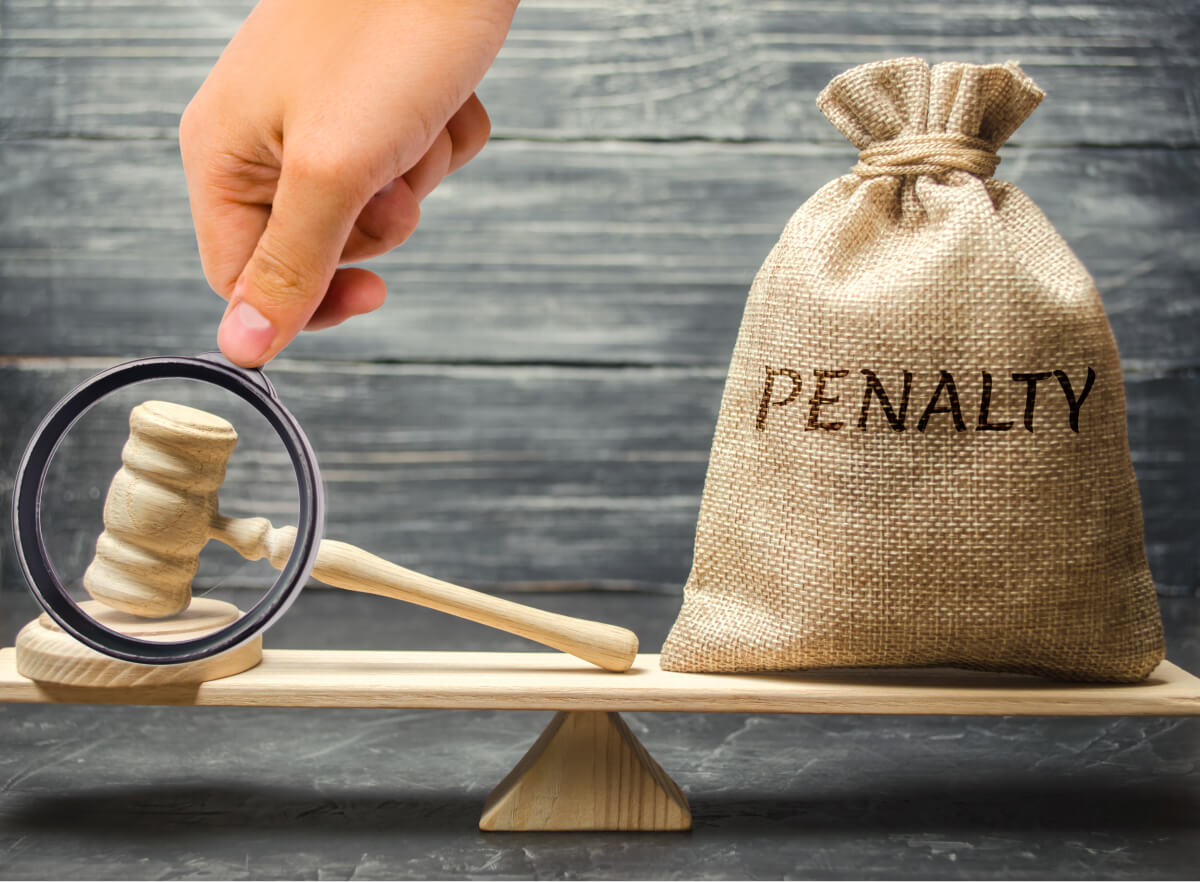 Penalties and fines in data protection

Since the General Data Protection Regulation came into force in May 2018, the data protection authorities of the EU member states have not only regularly punished smaller and larger data breaches with severe fines, but also punished massive violations of data protection guidelines with many thousands of victims.

In just four years, the responsible state and local authorities covered data protection issues across Europe more than 1.000 data breaches on and imposed as a result Fines totaling 1,6 billion euros. In addition to fines in the millions against some of the top-selling corporations in the world, numerous smaller fines were also imposed, but fines that were quite sensitive for the companies or private individuals affected.

Even small data breaches can be expensive for small and medium-sized companies. Added to this is the reputation-damaging effect and possible claims for damages by those affected. The topic of data protection and the complete fulfillment of the GDPR should therefore not be taken lightly.

Violations doubled in pandemic years 2020 and 2021

A look at the data shows that European data protection authorities have been investigating data protection violations from the first day after the GDPR came into force, and have confirmed and punished violations. On average, 24 penalties were imposed per month.

These are the industries most likely to violate data protection regulations

Even the public sector struggles with GDPR compliance

Countless sensitive, personal data come together in every company. Data protection is therefore relevant for every department. A look back at data breaches by industry shows which sectors of the economy have proven to be particularly lax when it comes to data protection over the past four years.

The high number of violations in the public service and in education is particularly striking. 141 violations have been reported since 2018 and fined a total of 19 million euros. This shows that even four years after the GDPR came into force, even government agencies still have considerable difficulties with compliance.

In July 2021, the mail order company received the record fine from the data protection authority in Luxembourg. This is the highest fine imposed since the GDPR came into force. The group violated consent requirements as part of its online targeting.

French authorities have already imposed three different fines of millions on Google. Violations related to insufficient transparency with regard to the personalization of advertising formats, the use of cookies for advertising purposes without consent and user-unfriendly cookie management.

The French data protection authority also criticized Facebook for the cumbersome cookie management and imposed a fine of 2022 million in January 60.

After it became known that employees at a location in Nuremberg were extensively questioned about sensitive private information and that this data was stored, German authorities imposed a fine of millions in October 2020.

Spain is the country most likely to penalize data protection breaches

In the four years since the introduction of the General Data Protection Regulation at EU level, Spanish data protection authorities have punished a total of 405 violations and imposed fines of 45 million euros. No other country imposed more penalties in the same period. The previously mentioned record fine for Amazon of 746 million euros was imposed by Luxembourg.

Majority of violations in Germany by SMEs and natural persons

Germany has punished a total of 63 data protection violations in the last four years and imposed fines of 52 million euros. The recipients of the fine notices from the German data protection authorities included H&M (EUR 35 million), Notebooksbilliger (EUR 10 million) and AOK Baden-Württemberg (EUR 1,2 million). However, the majority of the notices concerned small and medium-sized companies as well as natural persons and the self-employed. Tutoring on GDPR compliance seems particularly necessary here. The fines are not as high as in the case of large corporations with sales in the millions, but penalties of between 100 and 10.000 euros can still hit companies hard.

10 criteria determine the amount of the fine

All data on violations, penalties and fines were included in the report “GDPR Enforcement tracker, 2nd edition 2021” removed.

Detailed information on violations and recipients of fines was provided with the GDPR portal researched.

Get data protection fit with us!

No customer hotline. Customer inquiries only by support@heydata.eu

Europe In The Data Protection Ranking

With the adoption of the General Data Protection Regulation (GDPR) in May 2018, the European Union set a milestone in the history of data protection that has received great international recognition. With the aim of achieving a common high level of data protection, rules for the protection of personal information have been standardized for the entire European Union for the first time. In a growing digitized world, in which theoretically every activity can be tracked and personal data generates high financial profits, the possibilities of individuals to control their personal information are limited. At this point, the regulation has created a dense network of rights and obligations that give consumers power and control over their data back.

heyData knows data protection from its daily work with companies. Therefore, three years after the introduction of the GDPR, we wanted to use this study to find out how close the European countries have come when it comes to the level of data protection and to discover which points still need improvement. To do this, we examined the majority of the EU member states, Norway, which also implemented the EU GDPR, and the United Kingdom, in which the regulation was in effect until Brexit.

The study focuses on five overarching categories, which we have evaluated in 24 sub-points using data and statistics from well-known sources, such as the European Commission or the Organization for Economic Cooperation and Development. A comparison of the EU countries was made possible by a simple mathematical point system. The result is the following data protection ranking, which shows the nations with the actually highest data protection level - Ireland, Germany and the Netherlands - at the top.

Methodology In A Nutshell

The aim of the study is to evaluate the efficiency of data protection measures as well as the data protection competence of consumers in Europe and to compare them at national level. The objects of investigation are all member states of the European Union (with exceptions) as well as the United Kingdom and Norway.

Bulgaria, Croatia, Malta, Portugal, Cyprus, Romania, the Czech Republic and Slovakia had to be excluded from the study due to insufficient data and to enable a fair comparison between all nations.

For the study, all of the named nations were evaluated in the five research fields “Legal Regulations”, “Companies”, “Private Individuals”, “Data Protection Competence” and “Social Mood”. A total of 24 influencing factors contributed to the final result of the study. All influencing factors were selected based on their informative value in relation to the performance of data protection measures or the data protection competence of consumers.

The result is a ranking of the pioneering nations in terms of data protection. The study ended on May 15, 2021.

A complete presentation of the methodology with all definitions, data and sources can be found here (German version, English version)